It might be because Halloween is fast approaching, or maybe its the gloomy fall weather, but I have monsters on the brain. I mean those ghoulish creatures that haunted many of our nightmares as children, their sharp claws and fangs glowing in the moonlight in our lifelike dreams. 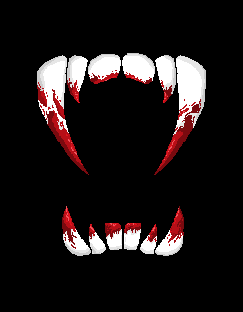 As a writer, I still find monsters fun to write about. Their obvious monstrous characteristics are entertaining to describe, while they are also intriguing characters to explore, which brings me to this blog post. The first one in a series of posts about classic monsters and why I love writing them. In each showcase post I will include a general description of that post’s featured monster and why I love writing about them.  So, without further delay, let me tell you about vampires.

To me, vampires are the grand daddy of the classic monsters. They are sophisticated, calculated and have an insatiable thirst for blood. Some can walk amongst us in human form, granted only at night, and disguise themselves as one of us blood filled humans. That is, until they decide to bring their fangs out to play. Some vampires are less blessed with human looks, and resemble ghastly batlike creatures. This kind is less likely to be disguised as people but equally as dangerous and calculating as their more attractive brethren.

According to the literature, and by literature, I mean vampire novels and information available on the internet, the main ways to kill a vampire boil down to: a stake to the heart, decapitation, fire, and silver bullets. These methods of killing a vampire are difficult to accomplish, adding to vampires’ claim as king of the monsters - sorry Godzilla. I should say, that’s why vampires are king of the classic monsters.

I love writing about vampires because they are near human and offer a monstrous contrast to human characters. Vampires are motivated by blood (as we know), while humans are motivated by a great many desires. Once you establish the tension of vampires wanting to gorge the blood of any human that goes near them, vampires offer an intelligent, and haunting character option for my stories.

Personally, I enjoy them as villains. When I write about them as heroes its usually in a comedic sense. I’m not sure why, but in my mind, badass vampire = antagonist, hero vampire = comedic protagonist. Vampires also give me the flexibility of writing characters that are “gray,” ones that might be evil, but also have motivations the reader can identify with in the story which makes a character more relatable. This last example is my favourite way to write characters, regardless of what kind of monster they are.

Greetings everyone, and welcome to my blog.

A Thought About Characters